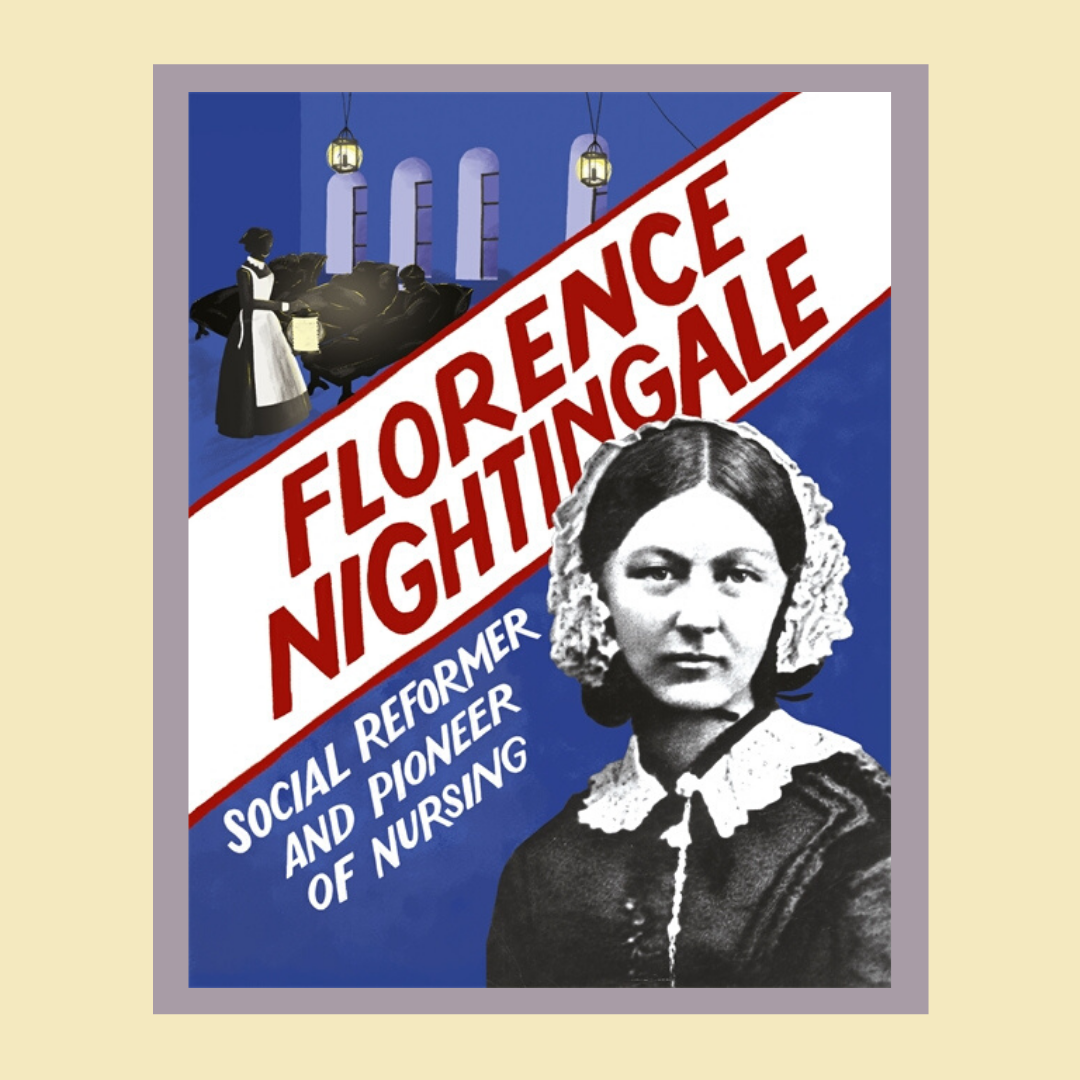 Discover why Florence Nightingale is still remembered today, 200 years after her birth

Perfect for children aged 8+, this accessible biography of Florence Nightingale’s life shows us why we still remember her today – 200 years after her birth (May 1820).

Not only did Florence improve the lives of British soldiers wounded in the Crimean War, but as a professional and hard-working, extremely clever public-health reformer she led the establishment of a training school for nurses, better designed hospitals, improved sanitation and the idea of healthcare for all (leading eventually to the NHS). All this at a time when girls and women were expected to live their lives in the private sphere of marriage and home.

The book is packed with images of objects, photographs and sketches to illuminate her life story, including her pet owl, her wooden lunchbox and her travelling medicine chest. Then there are her books, and her endless lists and reports (she was fantastic with statistics), and of course the famous Turkish lantern she bought from a market in Istanbul and used to light her way down the corridors and wards of the military hospital at Scutari.

Fnd out more about Florence Nightingale: Social reformer and pioneer of nursing and buy the book here.

‘Every nurse ought to wash her hands very frequently…’

At the moment, everyone is washing their hands all the time to try to stop the spread of a new illness called Covid 19. Using plenty of soap and water helps wash away the invisible germs that cause the illness.

The famous nurse, Florence Nightingale, was a big believer in soap and water to stop illnesses from spreading. She thought they were carried by miasmas, bad smelling gases in the air, which was how people thought diseases spread two hundred years ago. Even though this was not correct, her solution to miasmas was to clean, clean, clean. By good chance, this stopped the spread of germs anyway.

Florence Nightingale was born on 12th May 1820. She suddenly became famous in 1855 when newspapers across Britain ran stories about her nursing wounded British soldiers in a military hospital far away in Turkey. At this time, the British army was fighting the Crimean War (1853–56) alongside France and Turkey – and against their enemy, the Russians.

When Florence arrived at Scutari Hospital in Constantinople (now Istanbul) in November 1854 with her team of 38 nurses, they set to work at once, scrubbing and cleaning the filthy hospital. The floors were covered in a layer of poo and the soldiers arrived from the battlefields wearing filthy clothes and bandages, their wounds crawling with maggots and their bodies with lice. The nurses used soap and water to wash the soldiers’ bodies. They sent sheets and bandages to a laundry that Florence set up nearby. Florence was convinced that all the cleaning would help stop the soldiers in her care from dying of their wounds.

Sadly, this was not the case. Over the winter of 1854-55, thousands more men died in Scutari Hospital and the other military hospitals of the Crimea. Prime Minister Lord Palmerston decided to send a Sanitary Commission to find out what was going on. Led by two doctors and an engineer, the men arrived in March 1855 and soon discovered some unpleasant facts. Unknown to Florence or the army doctors in Scutari, the military hospital had been built on top of a huge sewer – and it was blocked by a dead horse and several dead dogs. Filthy water was seeping from the sewer into tanks of water used for washing, cooking and cleaning. No wonder so many soldiers were dying in hospital.

Immediately, the leaders of the Sanitary Commission gave orders for soldiers to start a huge clean-up operation. They removed dead animals from the sewer and the water pipes. They replaced rotten floorboards, added new windows and repainted the walls. During the spring of 1855, far more soldiers started to recover from wounds and illnesses and return to health.

After the war ended, Florence returned to her life in Britain but she never forgot the soldiers that died in the hospital. She devoted her life to persuading people to investigate the living conditions of soldiers in the army, as well as the overcrowded living conditions of many ordinary people in Britain at this time. One project Florence returned to over and over again was how to make hospitals safer, both in wartime and at home in Britain. She advised the architects who were designing the soon-to-be opened St Thomas’s Hospital in London and other hospitals around the world. All her advice was based on studying statistics and data to work out what action should be taken to improve healthcare and limit the spread of diseases. If she were alive today, as well as encouraging everyone to wash their hands, she would probably be studying the latest discoveries about Covid 19 and writing endless letters and emails to people in power with her views on whether they are making the right decisions! In memory of Florence and her 200th birthday, the new temporary hospitals that have been built for people with Covid 19 over the past few weeks have been named Nightingale Hospitals.

In my book, Florence Nightingale: Social reformer and pioneer of nursing, you can read about Florence Nightingale – about her privileged but overprotected childhood, her love of pets, including her little owl called Athena, and how she coped with the Crimean War and the awful illness she contracted while she was there. The book is packed with photos of Florence and her family, as well as some of the objects she owned during her lifetime. These images help to bring to life her story – not just her childhood and her time in the Crimean War but also the forty years afterwards when she did so much more work. This included setting up a training school for nurses, reforming workhouse hospitals, establishing district nursing, designing hospitals, writing books and letters to get all manner of things done, always surrounded by her pet cats for company.

Download a spread from the book: What did Florence Nightingale do for us?

To obtain a copy of Florence Nightingale: Social reformer and pioneer of nursing by Sarah Ridley, order it from your local bookshop, Amazon or the Hachette Children’s Group website. (Franklin Watts: 97814451 68630). The book was checked by the Florence Nightingale Museum. 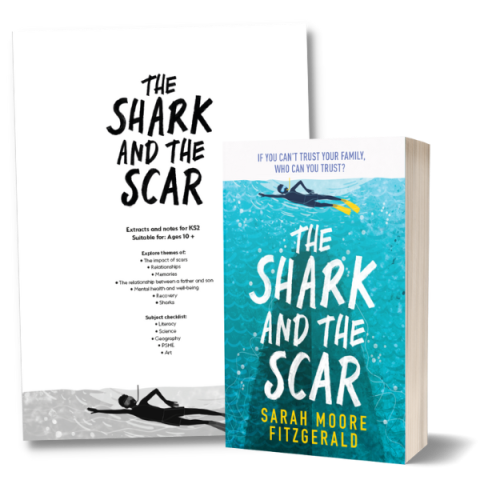 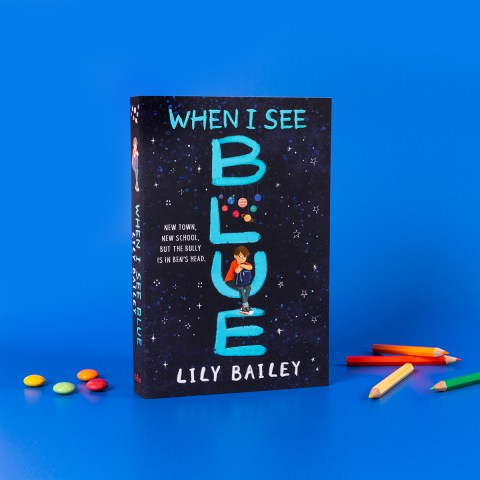 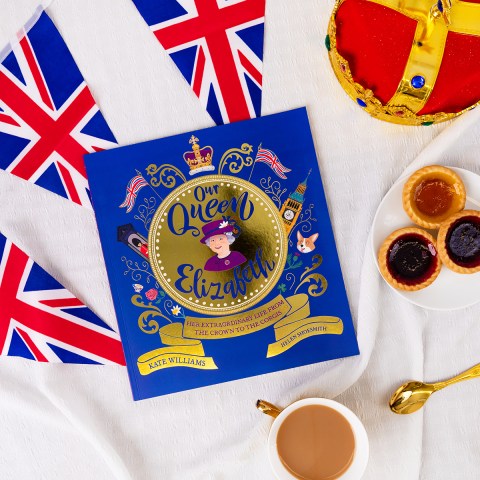 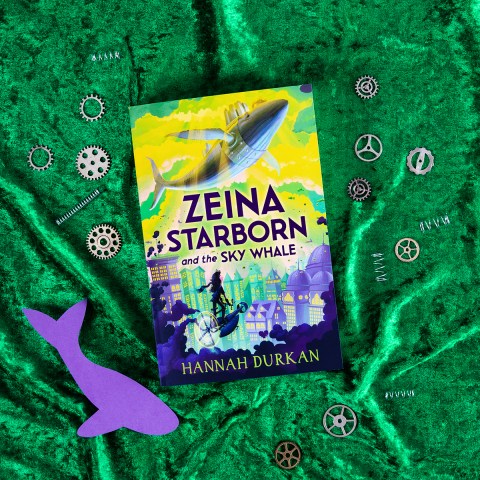 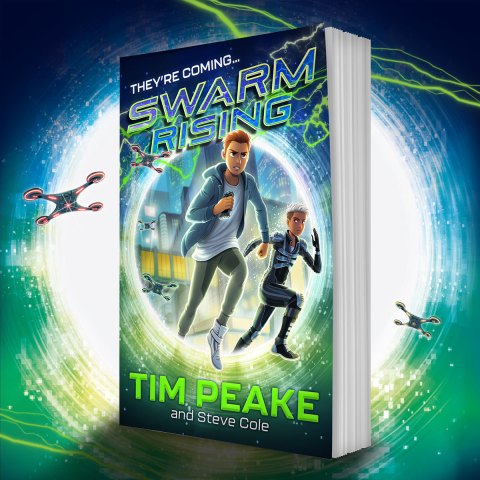 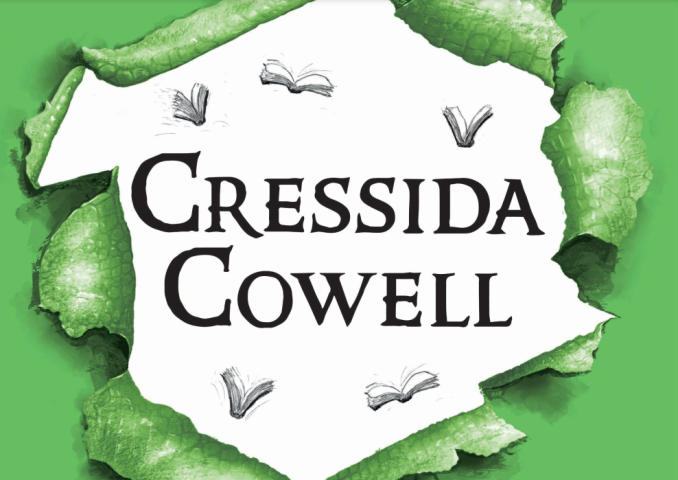 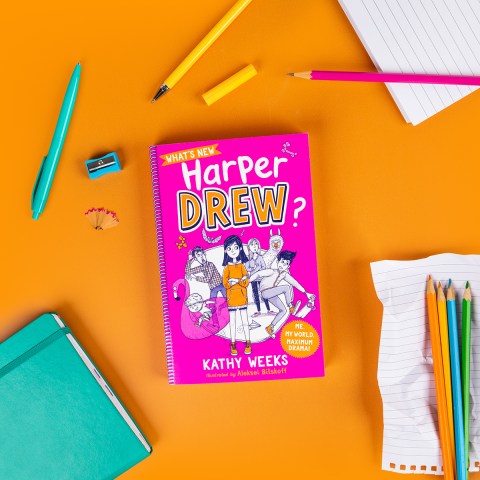